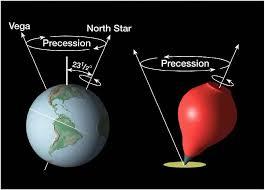 When the ancients formalised the 12 Signs of the Zodiac, it literally meant that the current sign was the constellation where the sun was located. So, as we are the middle of the Aquarius cycle ( January 20 to February 18), we would expect that looking westwards just after sunset, we would see the sun’s fading light in the constellation of Aquarius. Have a look, Aquarius is way right and above the sun. In fact the sun is firmly located within Capricorn? 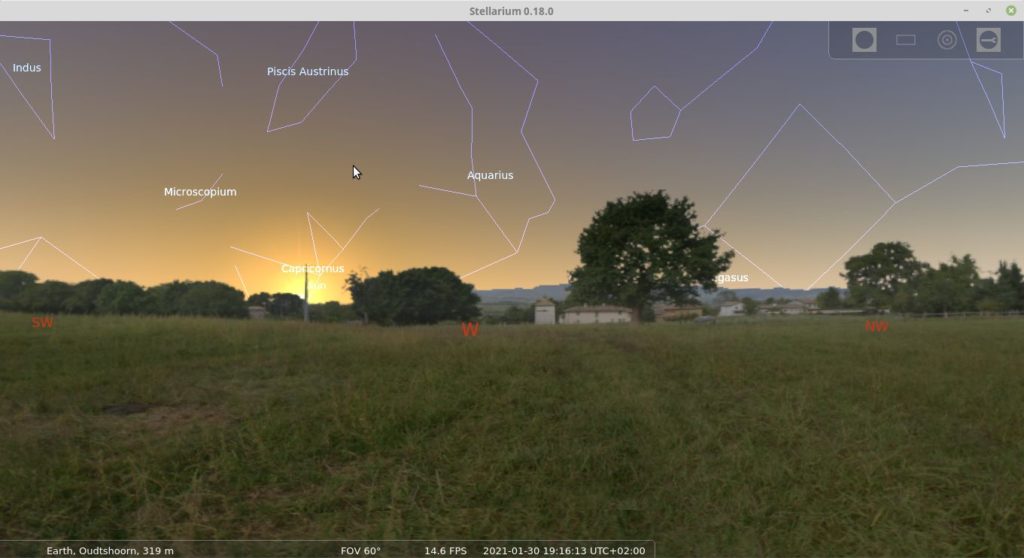 In fact the ancient astronomer Hipparcus, compiling a star catalogue in around 130BCE. (same as BC, except BCE means “before common era”) noticed that the positions of the stars had shifted slightly compared to earlier Babylonian observations. He had just discovered first hand evidence that the point of observation (the earth) was moving through space. We all know that the earth spins on its axis every 24 hours, and that it orbits the sun every year or so. But a third motion caused by the action of the sun and moons gravity also exists, the earth has a wobble that causes its polar axis to trace out a circle. It takes about 26000 years to do a full wobble or precession cycle.

Thus, the position difference of a star measured at 13000 year intervals will be 47 degrees (2 x the angle to the elliptic) Some basic maths therefore gives a relative stellar motion (precession) of 3.7 degree/1000 years. Since the Babylonian system is about 3000 years old, We’d expect Capricorn and Aquarius to be around 12 degrees (or an entire zodiac sign ) apart…..and they are.

I’m sure the astrologers out there have got an answer to why your luck tends to align with Capricorn, even if your birthday is this week. On second thoughts, lets leave that one alone.